Thomas Gronnemark has a lifelong passion for football throw-ins.

Help football coaches all over the world

Thomas Gronnemarks’ biggest dream is to help football coaches all over the World, so their teams are reducing the loss of possession, scoring more goals, and winning matches with a Throw-in.

His philosophy is called “The Long, Fast and Clever Throw-in,” and he´s helping you through club throw-in coaching, books, talks, conferences, online courses, and inspiration.

Liverpool has scored 13 goals after throw-in situations in the 2019/20 season.

"We brought in Thomas, and it changed our throw-in game completely!" 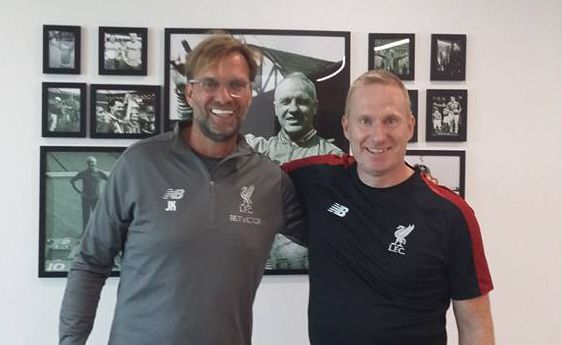 Read more about Thomas Gronnemark’s training in the club.

Be inspired by “The Long, Fast, and Clever Throw-in” philosophy.

Hear about the future throw-in book.

How you can learn to do the throw-in drills on the pitch.

Be the first to know when I publish my book and online course about “The long, Fast and Clever Throw-in.”

Throw-in coaching
For questions around the price and agreement, please contact my manager Michael Moeller via email: mml@add-wise.dk

For questions around the throw-in coaching, please contact me – Thomas Gronnemark – via info@throwin.dk

Talks, Books, and Courses
For inquiries for my talks, books, or throw-in courses, please contact me via info@throwin.dk.

Get my 4 BEST basic throw-in drills to keep possession, and score more goals

By writing your mail, you will also subscribe to Thomas Gronnemark’s newsletter.

We use cookies to give you the best experience. By using our site you accept the use of cookies.